Do You Have Dock Etiquette?

Have you ever been walking down the dock to your pontoon, and there right in the middle of the main walkway is a pile of stuff from someone else’s boat? You look around and don’t see them anywhere, just their stuff. In addition, you can’t get your own dock cart of boating supplies (along with the dog, ukuleles and the cooler) past the “dock block” without moving something. Here’s a question: should you move someone else’s stuff?

Guess this might bring up a bigger topic…dock etiquette.

Let me clarify: I am not the greatest at etiquette. Just in the last few years, I learned about holding your hands up in front of the table setting, the left hand looks like a small “b” for bread, and the right hand looks like a small “d” for drinks. This newfound knowledge has saved me a number of times from messing with someone else’s drink. However, in the grand scheme of etiquette, I needed to look up the definition.

Which is, “A code of behavior that delineates expectations for social behavior according to contemporary conventional norms within a society, social class, or group.” 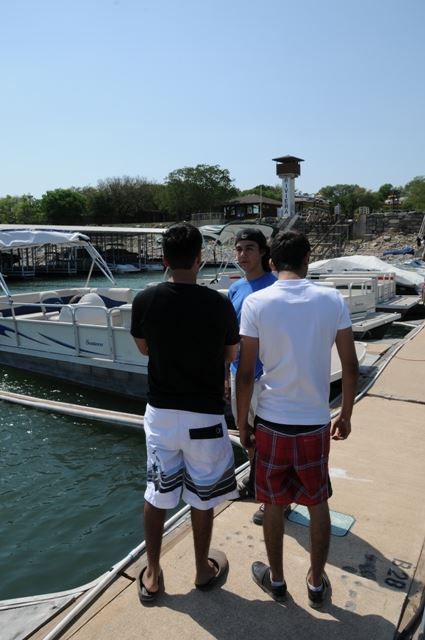 If I have this right, the group is “boaters on my dock” and the social behavior I am looking for is “What’s the correct behavior on my dock?”

There are a couple of twists to this. If someone, like a property owner, owns the dock on a lake, it is not my dock and the owner can set the rules. That’s pretty straightforward.

But what about those of us who rent a slip on a dock at a marina? My dock has pontoons, wakeboard boats, sailboats and more. Each has a different set of operating ideas and etiquette. There are basic dock rules as stated by the marina, but there are lots of people who do things way different than me. I am not saying their way is wrong, but it’s not what I would do and I wish they wouldn’t do it that way. But, that’s just me, so is there a correct way?

For example, I have my pontoon on a lift, I have dock lines tied to the dock cleat, and we loop it through the `toon’s cleats. Pretty typical. I also learned to coil my leftover dock line in a nice round spiral out of the way. My wife on the other hand just keeps wrapping the line around the dock cleat…which drives me nuts. However, it is out of the way. 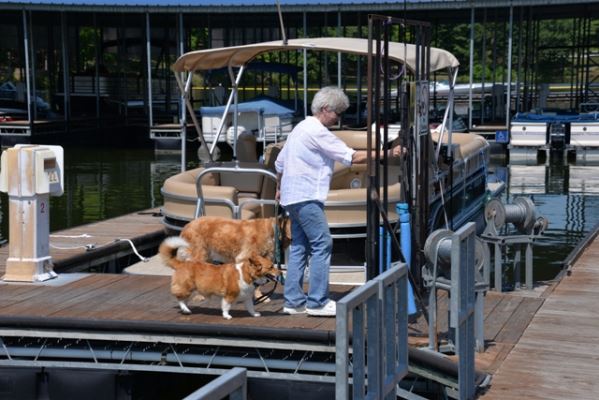 But, a couple boats down, the owners decided they don’t even care where the extra line goes, so it ends up on the dock often where your dock cart wheels have to run over it. I don’t know about you, but I have been found coiling other people’s lines, for safety reasons, to keep them out of the way.

And there is this new trend on the docks that is some kind of a “daisy chain” looping process, which does shorten the extra line, but the stiffer straight-line of excess rope is even harder to get your dock cart over. I do use the same looping process for extension cords at home. It makes it a lot easier to pull one end and it doesn’t get tangled, but it still gets in the way on the docks.

Then there are the loading/unloading piles. You have probably all seen this before. Walking to your boat, there in the middle of the dock is a pile of coolers, clothes and kids. The boat owners are on the boat, cleaning, covering and doing whatever else they need to do before the get on or off. But in the meantime the dock is full blown LA traffic-jammed. I’m not saying I don’t do the same kind of thing sometimes, but I do try and leave a passing lane. 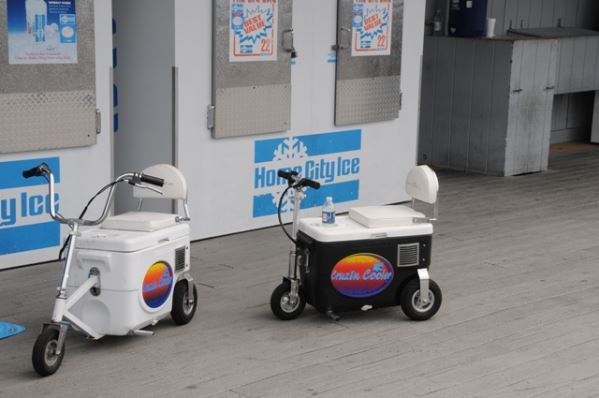 One other thing that kind of gets me: I’m out on the water and when I get back to my slip the boater next to me has loaded up the docks with chairs and coolers, making it difficult for us to step off our boat safely.

Guess this makes me sound like I am one of those old “crotchety” guys trying to keep the kids off my dock, but believe me I’m not. I just wish everyone who used the docks thought about other people using the dock and left room, or picked up after themselves etc.

*This article is courtesy Pontoon and Deck Boat Magazine. It is written by Scott "Sky" Smith. For this and more, visit pdbmagazine.com

How to tie Boating knots